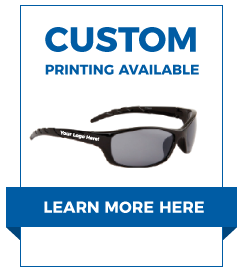 As the winter months approach, it is time to exchange that baseball hat for something a little warmer, like a beanie hat. Beanies go by a number of different names, from ski caps and toques to knit caps and skull caps. Essentially they are all the same thing, with some variations on design and function. However, a beanie's main function is to keep your head warm in the winter. But just because they are functional, doesn't mean they can't be fashionable either. Beanie hats were first worn around the turn of the 12th century, and talk about fashionable, these first embroidered winter hats that were worn by women were made from velvet and satin. By the 16th century the preference was a black velvet brimless winter hat that was worn by both men and women alike. By the 19th century, women's beanie hats got a further fashionable upgrade with the addition of fur and lace trim. Today the beanie hat is typically knitted, made from synthetic or natural fibres and comes in various patterns and colors. Popular culture has also taken the beanie hat from mere function to fashion. Probably the most recognizable characters from popular media, who wear beanies, although I imagine they call them toques, are Bob and Doug McKenzie from SCTV:

Bill Murray wore a beanie in the film The Life Aquatic with Steve Zissou: His character in this film is well regarded as a parody of the famous French underwater explorer and filmmaker, Jacques Cousteau:

One of Kevin Smith's reoccurring characters Jay, from the duo Jay and Silent Bob, sports a beanie: Two of the South Park boys, Eric Cartman and Stan Marsh, are rarely seen without their beanies: Other cartoon beanie wearing characters include, the infamous bully of Springfield, Jimbo Jones: CTS Wholesale Sunglasses offers a wide range of great looking, quality beanie hats. They have several designs to choose from, all of which are sold by the dozen at wholesale prices.