Unless you've been living in a cave for the past several months, you've most likely heard of the phenomenon sweeping the globe, known as Gangnam Style. Preformed by Psy, an endearing musician hailing from South Korea. Released as a single on his sixth studio album, Gangnam Style has topped charts around the world, including Russia, the United Kingdom and Canada. Most notably however, and for which it is sited in the Guinness World Records, the video has replaced Justin Bieber's single Baby as the most watched YouTube video of all time, reaching over 1 billion views.

Since August of 2012 it is safe to say that the video has went viral, generating much attention from not only the general public, but World Leaders as well. The entertaining and slightly wacky dance moves performed by Psy throughout the music video have inspired the likes of British Prime Minister David Cameron, along with our very own Barack Obama and UN Secretary General Ban Ki-Moon to attempt the moves, the later hailing it a "force for world peace". The Oregon Ducks, of the University of Oregon have performed Gangnam Style, dance moves included at half time shows. Children perform it during school assemblies in rural towns around the U.S., and it is flooding social networking sites such as Twitter and Facebook. Safe to say this has undoubtedly become an international sensation. 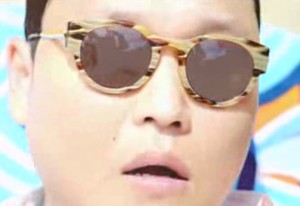 With his placket button down and Variety sunglasses paired with vivid short shorts, Psy's ensembles have made as big of a splash as the dance he performs. During the 5-minute video he never appears without one of two pairs of Variety sunglasses, designed by Theirry Lasry. Spokespersons for Theirry Lasry report a significant increase in sales since the video went viral, estimating at least 2 to 3 requests for them per day. These sunglasses retail for a whopping $435 per pair, and are no longer available in the Tortoise frames worn by Psy.

As with any popular style of eyewear however, you can easily find a lower priced version, as well as similar styles

perhaps in more appealing color choices. As a sunglasses retailer, you might consider having some of these similar styles on hand, it seems that they are currently a very sought after style. Shown below are a few that can be found right here at CTS. 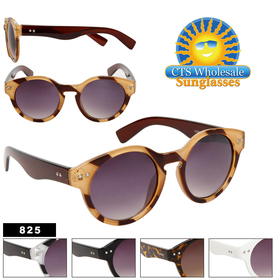