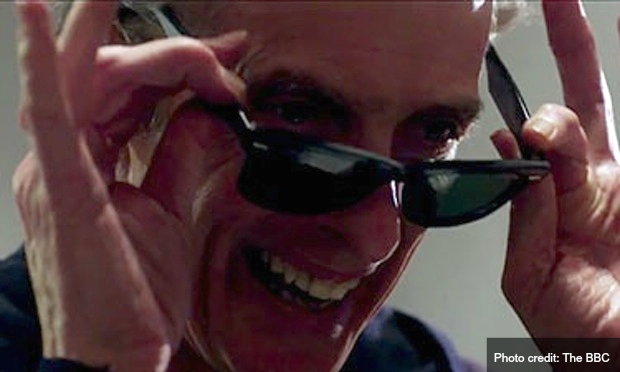 It’s time for sonic sunglasses. At least that’s what The Doctor said. What am I referring to? All will become clear in a moment!

If you’re a fan of the hit si-fi TV show Doctor Who, you will know The Doctor is seldom seen without his sonic screwdriver. Since 1968 (yes the show has been running a long time), the main character, known simply as The Doctor, has got out of some tight scrapes, thanks to a device known as a sonic screwdriver.

Well, the UK’s Daily Star newspaper has reported that in the next series of Doctor Who, the sonic screwdriver will be replaced by… wait for it… sonic sunglasses!

Of course, this is only likely to be of any real interest to fans of the show. However, I believe that it’s yet another indicator of something I have believed for a long time. I believe that sunglasses (or eyewear), not smart watches, are likely to be the primary wearable technology of the future.

We know from past history that science fiction has often predicted what later became science fact. For example, remember those Star Trek communicators from the 1960’s version of the show? They became science fact 30 years later, when the first flip phones or clamshell phones came to the marketplace.

In the Doctor Who show, the sonic screwdriver is way more than a screwdriver. It's a super-advanced piece of technology. It’s been used to; operate computers, conduct medical scans, provide geo-location, modify mobile phones and even disarm robots. If the leaked news is true, and sunglasses are to replace the sonic screwdriver, it means the Doctor Who team see sunglasses as the natural place for wearable technology. Not the smart watch.

The news hasn’t yet been confirmed, but if The Doctor really has switched to sonic sunglasses, you can expect to see a surge in sunglasses sales.