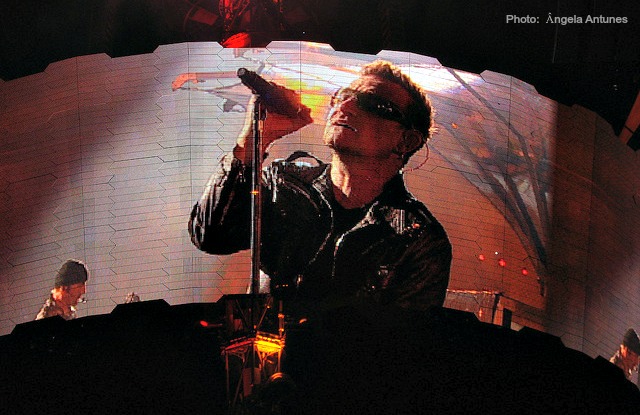 For years, U2 front-man Bono has been lampooned for always seeming to wear sunglasses, indoors and out. It was suggested that he was trying a little too hard to go with the rock star image. In fairness, until last week we thought it was just his personal choice to wear sunglasses.

Then the news broke that Bono, real name Paul Hewson, has the eye condition glaucoma. Glaucoma is a potentially serious condition, though treatable. One of the symptoms of glycoma is that it can make your eyes extremely sensitive to bright lights. Levels of brightness that are low to moderate to non sufferers, can be almost blinding to those with glaucoma. I know a little about this, as my mother had the condition and I am checked for glaucoma every year as a result.

Apparently, Bono has had the condition for the past 20 years. In an interview on UK TV, he said he has only mentioned this now, because he didn't want people pitying him.

Sunglasses: Much more than fashion

Sunglasses are one of the few fashion items, which can significantly improve the life of people with certain challenges. For example, some people wear sunglasses when on certain medications, which can cause problems with sensitivity to light. Others wear sunglasses following eye surgery.

I hope that Bono's decision to speak publicly about his glaucoma, will inspire those at risk to get their eyes checked out.