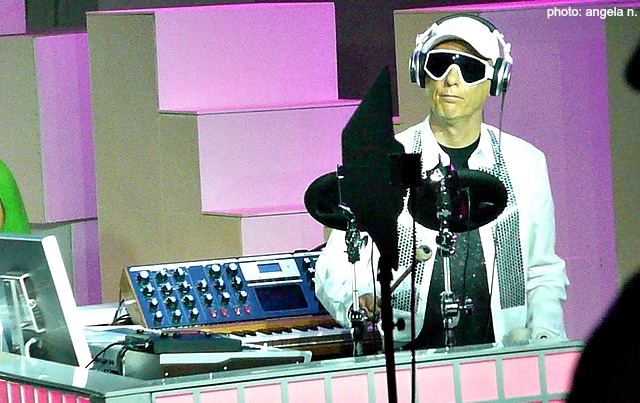 Today, I share maybe one of the most unusual uses of sunglasses, by a pop star.

Back in the 1980's, The Pet Shop Boys were enjoying international chart fame.They scored a number one smash hit here and worldwide, with West End Girls and the group went on to sell over 50 million records. They are also listed in the Guinness Book of Records as the most successful British duo ever.

So, what makes the sunglasses story behind The Pet Shop Boys so unusual?

The Pet Shop Boys was comprised of Neil Tennant on vocals and Chris Lowe on keyboards. Lowe made a decision right at the start, which he says was one of the best decisions of his career.

Chris Lowe decided to wear sunglasses every time he performed. He also decided to wear them when he did anything related to The Pet Shop Boys; interviews, promos, press events, everything.

So, what was the thinking behind Lowe's decision? And why was he so glad he made it?

Lowe decided to wear sunglasses for all his Pet Shop Boys work, so that when he wasn't working, no one would recognize him or bug him. He'd seen how other pop stars and celebrities were pestered constantly in their private life and decided he wouldn't allow it to happen to him.

So, even at the pinnacle of the duo's success, Lowe could go wherever he wanted without being followed by the press or eager fans.

With hindsight, this seems like an obvious thing to do. However, it isn't. When people start out on the road to fame, they usually want to be recognized. They want to be noticed. It's only when they get tired of the constant attention that they long for the anonymity they had before they were famous.