Today's sunglasses in the movies post takes a look at the cult classic, Reservoir Dogs. 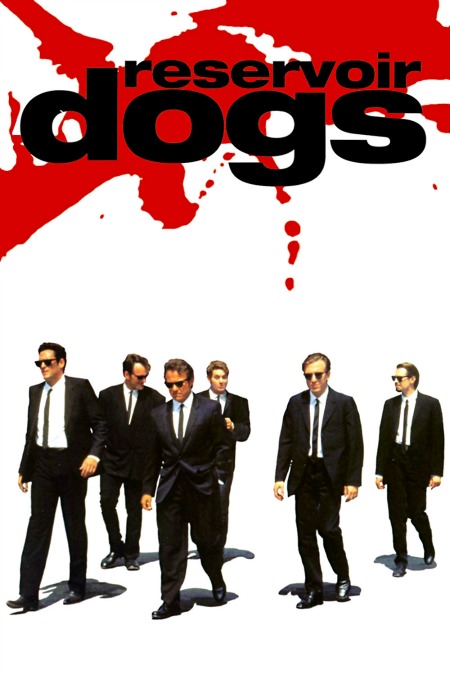 The 1992 crime movie was both written and directed by Quentin Tarantino. It was his first major release and as well as writing and directing the movie, he also acted in it, playing the role of Mr Brown.

Even if you have never seen the movie, you may be able to tell from the movie poster (on the right), that Tarantino used sunglasses as a key part of the movie's image. Moreover, sunglasses were worn by all the main characters, just as they were in The Matrix.

As with the majority of movies, the brand used in Reservoir Dogs was Ray Ban. However, this time it was Ray Ban's Clubmaster design that was used, rather than their Wayfarers, which were extremely popular in the movies at the time.

Clubmasters provide a very chic 1950's / 1960's look, which matched the black suits and sharp hairstyles of the main characters, perfectly. The dark lenses also helped hide the intention of the characters, which helped them develop the look of hardened criminals.

Unlike other movies I have covered here, it's true to say that the graphic nature of Reservoir Dogs, means it's not going to be suitable for many readers. However, it's an outstanding example of the way sunglasses can be used in order to help create the look and feel of characters in the movies. This is something I looked at in a little more detail, in my previous post. [You can read it here.]